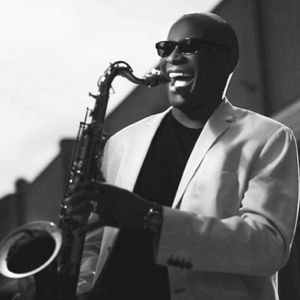 Shelley Carrol hails from family of gospel singers and musicians in Houston, Texas. After picking up the saxophone, he was able to study with the legendary Texas Tenor greats Arnett Cobb and Don Wilkerson. At the time he didn’t know how revered these gentlemen were around the globe. They simply lived in his neighborhood. Shelley attended the city’s High School for the Performing and Visual Arts and was a standout in the city’s Summer Jazz Workshop Program. This is where he developed a true flair for the stage.

Shelley attended the University of North Texas, where he earned a spot in the Grammy Nominated One O’clock Lab Band. During the same period, Mr. Carrol was invited to join the Duke Ellington Orchestra by trumpeter Barry Lee Hall. This would prove to be an enormous musical opportunity with worldwide exposure. Since joining the band, he has toured the U.S. and over 30 foreign countries. He has also recorded and/or performed with Sheryl Crow, Tony Bennett, Fred Hammond, Nancy Wilson, Joe Williams, Kirk Franklin and a host of others.